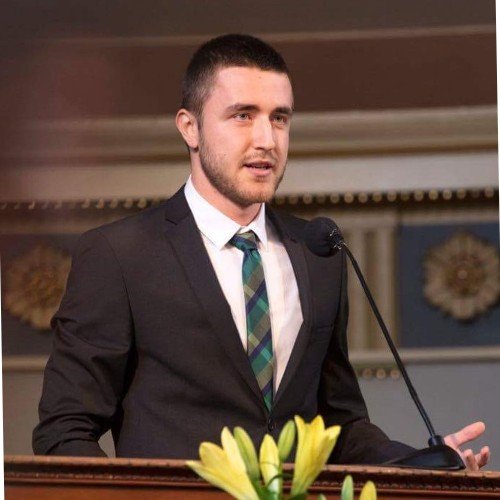 Notable experiences are being a student ambassador of Lund University, being awarded second place by the European Court of Justice in Luxembourg for the European law moot court competition. After graduating, he started practicing law in Skopje immediately after finishing his education in 2017.

Damjan’s legal practice is mostly focused on representing applicants before the European Court of Human Rights in various cases, as well as representing clients before the national courts in labor, business, trade, competition, IP and other cases. Damjan is also a contributor to the Doing Business project of the World Bank, and a member of the consultancy team in human resources projects co-financed by the EBRD.

Damjan also writes articles for national and international journals, including the international Nordic Journal of European Law, Journal Fokus, Journal Business info, etc. Damjan is also active in several alumni associations, as well as the national Centre for entrepreneurship CEED Macedonia. As part of these associations,

Damjan is invited to be a trainer for popular legal issues such as law and e-commerce, law and GDPR, law and IP. In addition, Damjan is an official court translator from Macedonian to English language and vice versa, and has so far translated one history book and many other documents.